What do our guests say?

Traditional but with a twist. Spicy but elegant. Definitely worth recommending.

Fresh (and spicy) interpretation of Indonesian cuisine. Attentive and friendly service. Raffles celebrates its 20th anniversary this year and that is a recommendation by itself. Go and enjoy! 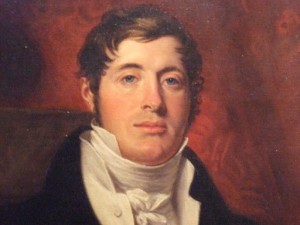 Sir Thomas Stamford Raffles was British lieutenant-governor of Java from 1811 to 1816. Raffles was born on board the ship Ann off the coast of Jamaica, the son of Captain Benjamin Raffles.
In 1811 Raffles sailed with a fleet to Indonesia where the British conquered the island of Java and in the same year he was appointed lieutenant-governor. During his tenure Raffles introduced many reforms, abolishing slavery and reforming police, judicial and government organisations.
In 1817 Raffles returned to England and was knighted. He visited The Netherlands and attempted in vain to reduce the Dutch influence over Sumatra. In 1819 he established a trading post on the southern point of the Malaysian peninsular which gradually evolved into the modern Singapore. Raffles left the trading post in 1823.

With the Anglo-Dutch treaty of 1824 the British relinquished their control of Sumatra to the Dutch. Raffles died several years later at the age of 44 in London.

On account of his book The History of Java [1817] which consists of much more than mere chronicles, Raffles is seen as the initiator of research into the cultural history of Java.

On 29th November 1728 Michiel Döningh from Anspach in Germany first set foot on Indonesian soil on the quay in the port of Batavia.  He was in service to the VOC (Dutch East India Company) as a soldier.  In 1741 he was discharged and became a ‘vrijburger’ (a free citizen).  He settled in Surakarta and is probably the forefather of the Deuning family on Java.

Restaurant The Raffles originates from a Dutch East Indian past with its rich gastronomic tradition. The emphasis is on wine-food combinations, fresh products prepared à la minute and a relaxed atmosphere. The interior design is reminiscent of Dutch colonial times. On entering the restaurant one embarks on a culinary expedition.